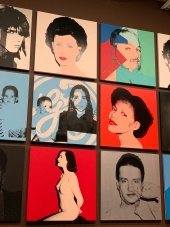 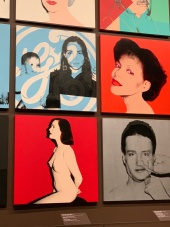 The first floor of the Andy Warhol: From A to B and Back Again exhibit is a single room flooded with portraits of what seems like everyone Andy Warhol has ever encountered. The room is painted a chocolate brown, the perfect backdrop for each distinctly unique portrait. 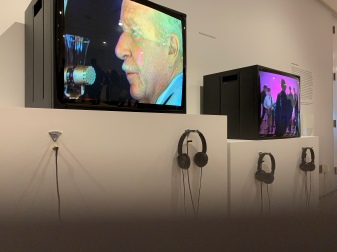 Floor three of the Andy Warhol: From A to B and Back Again exhibit is dedicated to the artist’s career in film. Once you step off of the elevator you’re immediately presented with multiple televisions all screening short films recorded by Mr. Andy Warhol himself. These televisions are accompanied by several classic Warhol paintings. Most notably his portraits of Kim Jung Un. 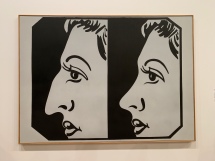 The fifth floor of the Whitney Museum of American Art is where all of the action is. This floor is huge and is where most of the Warhol exhibit is displayed. There are works from every era Warhol has impacted. You could spend an hour or two on the fifth floor alone just appreciating the vast amounts of art.

As for the rest of The Whitney, not included in the Andy Warhol: From A to B and Back Again exhibit, it’s filled with work from some iconic artist past and present. One artist I learned about during my visit was Alice Neel. She is an artist most known for her oil and acrylic paintings, her work evokes emotions that feel like loneliness and satisfaction at the same time. 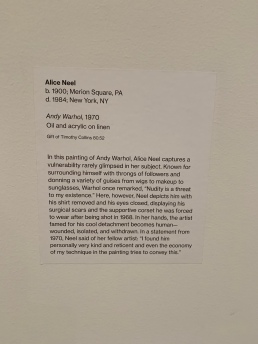 To conclude, my experience at the Whitney Museum of American Art was phenomenal. The staff is well informed on the art within the museum and exceedingly helpful. Additionally, anyone eighteen or younger gets free entry to the museum and we love a company that supports the youth!

The Whitney Museum of American Art